The wife would always see her husband off in a kimono. However, she couldn’t help but feel uncomfortable in a house with such class and formality.
As a result of coaching his servant Shinnosuke from a virgin, he had grown up to satisfy his wife in a well-behaved manner. But Shinnosuke’s intentions weren’t just to satisfy his sexuality.
His wife’s desire to have it all leads him to take a certain action. On the matter of my daughter, BF, crying to me. Yukio, a BF, goes to Mika’s house and asks Mika’s mother for advice about the possibility of breaking up with her. The reason for this is that his own thing was too big, and instead of pleasing Mika, he made her cry.
The mother was insulted as a child after all, but she lost her reason to the muscularly male smelling thing when she saw the real thing that pulled down the pants in front of her, and was completely defeated by the young sexual desire and had to be fucked.

Also you can watch video "人妻、蜜と肉 Hitozuma, Mitsu to Niku" in Russian version of this site with other players - Russian site 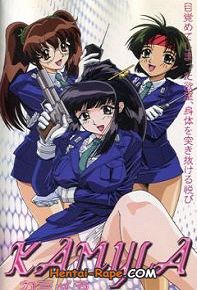