When her family is overthrown in a coup détat, Princess Mayuka is sent to Earth to recharge the Ultimate Weapon. After studying the mating behaviors of Earthlings, she decides to enlist the help of one of her research subjects, college student Yoshizumi, but crash-lands on his roof. Taken hostage and shot with her own gun by Yoshizumi, she is brainwashed into thinking she is his younger sister. Fortunately, Yoshizumi grows fond of Mayuka and decides to help her with her mission: to awaken the powers of Akiho-the red-haired, green-eyed, appetite-driven Ultimate Weapon-using "primitive stimulation".

Also you can watch video "妹でいこう！Imouto de Ikou!" in Russian version of this site with other players - Russian site 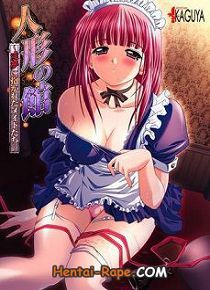